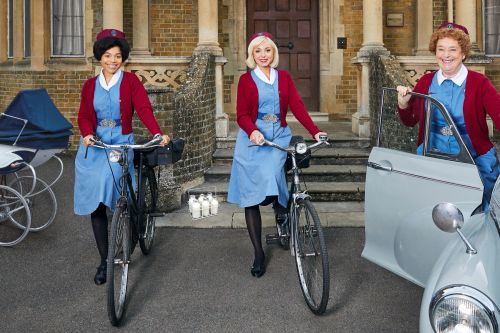 Last year, Call the Midwife, (Season 10, Episode 5, set in 1966), featured a young girl called Elaine, who was diagnosed with PKU. This was a great way to highlight PKU amongst the viewing public. What might have happened to Elaine over the years, with the development of services and the work of metabolic dietitians? Where is she now? Here, Suzanne Ford speculates on how treatment for PKU has changed and considers where Elaine would be in 2022.

Phenylketonuria, or PKU, is an inherited metabolic disorder of phenylalanine (Phe) metabolism and can result in the accumulation of neurotoxic levels of this amino acid, leading to severe developmental delay in those affected.1 The mainstay of treatment is dietary therapy, which is a complex low-Phe regimen accompanied by protein substitutes and frequent monitoring.2

Let’s imagine Elaine is now attending a commissioned metabolic clinic and seeing a specialist dietitian in a service specifically for adults with PKU.

In Call the Midwife, Elaine lives in the Poplar district of the East London Borough of Tower Hamlets, so she probably attends the Charles Dent Metabolic Unit in Central London’s University College Hospital. The Charles Dent Unit has been going since 1951, but in other parts of the country adults were looked after by the paediatric services until the adult services were set up over 60 years later.

In 1999, when the British Inherited Metabolic Diseases Group (BIMDG) of dietitians was set up, there were only 15 metabolic dietitians involved, and of those just two were working with adults. Thankfully, services for adults with metabolic disorders have grown throughout the UK in the last 10 to 12 years – so there is now a head count of about 30 of us, treating a group of patients with wide ranging levels of time on dietary treatment.

When Elaine was a child, many healthcare professionals believed the PKU diet could be stopped from age six with no ill effects.3,4 This was driven by the belief that high Phe levels are only toxic to the brain during periods of growth and development. This could have happened to Elaine.

Given the difficulties associated with restarting strict Phe restriction, and the potential long-term complications associated with stopping diet, it is vital to encourage life-long treatment – with no stopping. In the case of those who do stop, upon return to Phe restriction, improvements in white matter and neurotransmitter levels are seen.5 With this, improvements in executive functioning, information processing and mood states, together with restored metabolic control and avoidance of nutritional deficiencies, are also seen.6,7

We are gradually seeing an increase in the proportion of adult patients with PKU who are on dietary treatment. In 2013, patients who remained on a Phe-restricted diet accounted for 38% of the cohort.8 Another clue regarding the numbers of patients on the PKU diet is the NSPKU survey published in 2018, which revealed that 57% of the adults who responded to the survey were on diet.9

Last year, the estimated number of adult patients with PKU attending clinics in the England was 1436, and the percentage on diet was 65%.10 So we can see that the proportion of adults on treatment is changing. This is testament to efforts made by paediatric metabolic dietitians upskilling their child patients for life with a self-managed condition, and to the efforts of adult dietitians supporting people to stay on or return to diet.

PROVIDING PATIENTS WITH THE KNOWLEDGE THEY NEED TO STAY ON DIET

This year, a paper on knowledge, perceptions and behaviours around PKU diet in adults with PKU in the UK has been published by Sarah Firman.11 Respondents to her survey included 137 adults (so nearly 10% of English adults with PKU attending a clinic) said that knowledge was the main factor supporting their treatment adherence. In contrast, perception of the diet was not associated with adherence (unless patients had concerns for their long-term health or felt well when not following the diet).

In summary, as we approach Dietitians Week (20-24 June) and International PKU day (28th June), we can be thankful for the dietitians working with all ages of PKU patients.

Call the Midwife’s Sister Juliette would be very pleased that Elaine is in such good hands in 2022.