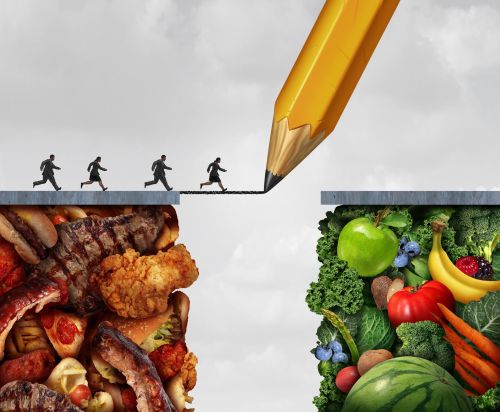 Rewind seven months to January, and there is an abundance of literature reminding those giving Veganuary a go, or even those who have followed a vegan diet for many years, of the nutrient deficiencies that may occur on a plant-based diet. And rightly so, as anyone choosing to follow a plant-based diet should be aware of the food groups they need to focus on. But did you know following an omnivore diet – i.e. consuming meat, fish and dairy, as well as plants – also carries a similar risk of nutrient deficiencies?

A recent systematic review by Neufingerl and Eilander1 looked at the nutritional intake of adults consuming a plant-based diet compared with meat-eaters. This is an interesting comparison, with previous literature often focusing on one diet or the other. The review looks at 121 studies between the years 2000-2020 and focused on adults in European, South/East Asia and North America. The data looked at ‘plant-based’ diets, including both vegetarian and vegan diets.

The British Dietetic Association (BDA)2 and The Vegan Society3 advise that those on a vegan diet should consider supplementing their diets with vitamin B12, vitamin D, iodine and possibly iron. The review by Neufingerl and Eilander1 supports this, identifying that vegan diets are at risk of the following deficiencies:

The nutrients found in high intakes on a vegan diet included: fibre, fatty acids PUFA and ALA, vitamins B1, B6, C, E, folate and magnesium.

The review compared this with vegetarian diets, where it found that, as well as the nutrients listed above, vegetarian diets were found to be lacking in fibre and vitamin E. Less vitamin B1 and B6 were consumed than a vegan diet too.

However, the most intriguing element of this systematic review that I found was its evaluation of nutrients in an omnivore diet. The study discovered that the following foods were at risk of deficiency:

Protein, niacin, vitamin B12 and zinc were found to be highly consumed. 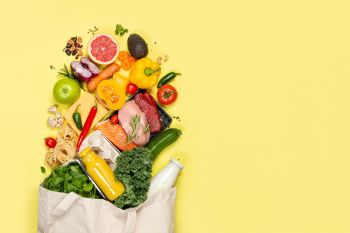 What I take from this research, is that even if you are choosing to consume all foods, this does not necessarily mean you are taking a ‘balanced’ diet. I was surprised that despite nutrients, such as calcium, often being promoted as ‘difficult to meet requirements’ in vegan diets, they can also be under-consumed in omnivore diets. It is clear that wholegrains, pulses, nuts and seeds contribute to a large proportion of nutrients, and that lower levels of these are consumed in an omnivore diet.

Everyone should include more variety of wholegrain, plant-based foods in their diets and supplement with vitamin D. If you choose to avoid meat and/or dairy products, consider supplementing with vitamins B12 and iodine (or use fortified products), and ensure you have a variety of foods rich in iron and calcium.