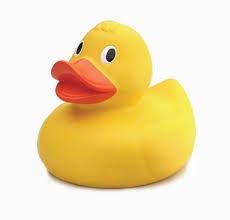 I am actually a pretty even-tempered and tolerant person, but every now and again am reduced to ranting, apoplectic rage by things that I see on the television and in printed and e-media. The triggers for these lapses of reason are generally outrageous claims about the amazing and totally fictitious properties of foods. These are sometimes individual products which are being marketed by unscrupulous pseudo-nutritionists. One of the first that caught my attention and got me engaged in a grumpy email correspondence with the supplier was Hawaiian Noni.  Noni is a tree related to coffee which yields a fruit which unfortunately smells rather like vomit, and like most other fruits contains a range of oligosaccharides, polysaccharides and phytochemicals. Noni is now widely available as a supplement in health food shops or as juice. The particular quack that I tackled was a retired US army officer who made claims that noni cured practically every disease under the sun (cancer, coronary heart disease, kidney failure, diabetes) and reduced mortality by 60%. I found that last claim particularly irksome as one thing we all do eventually is die, so mortality will always remain at an inconvenient 100%.

Other annoying claims from the pseudo-nutritionists generally refer to ‘superfoods’. Superfood even has a dictionary definition (‘a nutrient-rich food considered to be especially beneficial for health and well-being’) and a quick Google search will reveal endless articles such as ‘The 52 best superfoods’, ‘Superfoods you need now’, ’25 greatist (sic) superfoods and whey they’re super’. The truth is of course that there is no such thing as a superfood. The term is a marketing gimmick to tempt the unsuspecting, health conscious public to part with their money. Superfoods are just foods at the end of the day. Yes, they are nutrient dense and will enable people to follow a healthy diet, but they won’t prevent disease, cure disease and in many cases do not even have a discernible physiological effect. For example, goji berries have been widely touted as a superfood that will protect against cancer, coronary heart disease, boost the immune system and improve life expectancy. There are no reliable scientific studies that back up any of these claims however, and these superberries are merely good sources of micronutrients, just like any other fruit.

Don't get me started on juicing and spiralizing.

Of course the big problem here lies with the untrained, pseudoscientists who sell this material and make a good living from their books and web marketing that are target a ever more diet conscious population. Anybody can call themselves a nutritionist without training or registration and that poses a real threat to people’s health and pockets. I will blog on that topic another time.

Recently Marinangeli and Harding published an article in the Journal of Human Nutrition and Dietetics (http://onlinelibrary.wiley.com/doi/10.1111/jhn.12359/full) about the specific health claims made about foods which deliver ‘sustained energy’ by virtue of their glycaemic index. The general claim that is made is that if a food evokes a low glycaemic response after consumption, it must be digested and metabolised more slowly, hence releasing energy more slowly giving a sustained effect on the body. The authors of the article state that companies who make this claim are doing so in a way which confuses consumers and presents information about the biological effects of such foods in a misleading way. This is yet another example of how marketing of foods can use loopholes in legislation to exploit the widespread desire to eat more healthily

I think that this blog post might be a bit ranting, for which I apologise, but this is a really important issue. Obesity and other nutrition-related problems are the biggest health concern in the UK today and the budgets available for health promotion and the visibility of appropriately trained, knowledgeable individuals are but a fraction of the marketing budgets and profile of the ‘bad guys’. I’d been interested to see some comment on other examples of quacks at work, or ideas about how we can make our profession stand out from the noise and the nonsense.