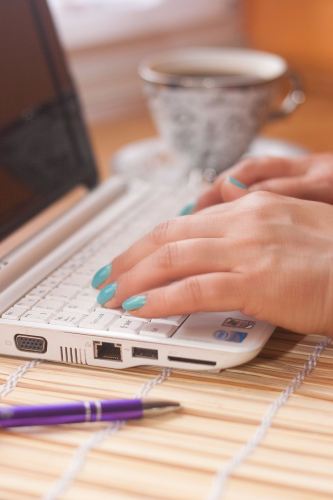 So many of us leave sixth form or college with little idea of what we want to become in future. It isn’t until our mid-20s, 30s or even 40s that many of us realise our passion. By that point, we often think it’s too late to change career, especially if we want to do something entirely different. However, the good news is that there are more options available than you might think, says Kelly Fleetwood, soon to become an ANutr...

Aged 17, I hadn’t even considered a nutrition career. My undergraduate degree was in Advertising and Marketing Communications. Graduating in 2012, I spent the next six years in various advertising agency and marketing roles, mostly at Amazon. Although I enjoyed the fast-paced environment and exciting career opportunities that my line of work offered, I grew less interested in progressing in it; I was more interested in nutrition and wanted to help others.

In 2016, I decided I needed to do something about it. However, with no relevant A-Levels and absolutely no knowledge of the nutrition field, I felt vulnerable and nervous about entering the ‘science’ world. After a lot of research, it became evident that to become a credible and qualified nutritionist, an eight-week online course was not going to cut it. I was going to have to go back to university and study an AfN-accredited degree – something I never thought I would do again!

With an undergraduate degree already under my belt, I was hoping to be able to study a Masters degree. I was in my late twenties with a mortgage and a wedding on the horizon; taking three years out of work was not an option for me financially. I applied for five master’s degrees at universities within a reasonable distance from where I lived, only to have all five reject me almost instantly. The disappointment that followed was really tough to deal with and I almost gave up hope.

But I was determined to find a way to pursue one of the degrees, so I rang up every university that rejected me to understand whether there was anything I could do to become eligible for the degree. After countless emails and phonecalls with various university staff, I came across an option called ‘Associate Study’ – it consisted of completing four undergraduate-level nutrition modules over a nine-month period. The work that lay ahead of me felt completely overwhelming and my end goal seemed very distant. However, I was determined to make it happen and the fact I was technically a part-time student meant I could work part-time at the same time, which eased some financial pressure. 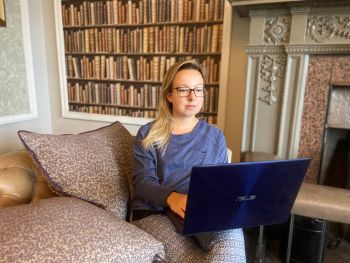 HARD WORK – BUT WORTH IT!

For the next nine months, I did the two-hour commute back and forth to uni, whilst working for a registered nutritionist. For the first three months, I felt completely out of my depth with little confidence – I had left my familiar career behind and entered a totally new world.

In my first lecture, we covered the complexities of the nervous system, and I left feeling terrified! But with a lot of support from the friends I made on the course and the lecturers themselves, I passed all four modules with a 1st. The knowledge I gained in this time was invaluable, and upon applying for the same five Masters degrees again I got accepted by four out of the five. The hard work, expenditure and patience I had endured so far had paid off!

I decided to reduce my working hours in favour of fully committing to the Masters degree. It has been a tough year, but the foundation modules I had studied the year before equipped me perfectly. The experience I had acquired throughout my years in marketing helped a lot too – my time management and communication skills stood me in good stead. I was a lot more committed and successful as a Masters student in comparison to being an undergraduate student.

Fast forward 10 months and I’m almost at the end of my Masters degree, on track to be awarded with my Registered Associate Nutritionist status by the end of 2020. Three years ago I was a marketing manager with no understanding of how to become a qualified nutritionist. As you’ll see from my story, it is possible to transition into a new career path, even if your current one has nothing to do with your passions!

My top tips would be to be patient, open-minded, determined and willing to put the work in!

Kelly Fleetwood
MSc student and freelance digital marketing consultant.
Due to become an ANutr by the end of 2020