The rising prevalence of obesity and the impact of excessive body fatness on risk of Type-2 diabetes, cardiovascular disease and certain cancers are well-documented and are rightly a focus for public health interventions. With obesity rates increasing in adults and children, all developed countries are reporting high levels of obesity among women of childbearing age. This has important consequences for maternal and foetal health during pregnancy and potentially for the longer-term health of the children of obese women.

Maternal obesity during pregnancy increases the risk of adverse pregnancy outcomes, including miscarriage, gestational diabetes and hypertensive disorders.1 Obesity is recognised as a significant risk factor for maternal and foetal death. It is also well-established that obese mothers are more likely to experience complications during labour and post-delivery, with more labour induction, caesarean section, wound infections and genito-urinary tract infections.1

Figure 1: The antenatal period may be a teachable moment, where healthy lifestyle interventions can be particularly effective. 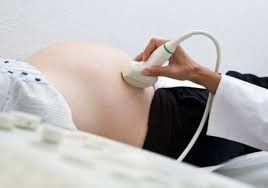 There has been a dramatic increase in the prevalence of all grades of obesity since the turn of the century. Twenty percent of UK women aged 16 to 44 years were obese in 2010 and in the USA, this figure was approximately 32% in the 20- to 39-year-old population. Morbid obesity is an increasingly common complication of pregnancy and in 2009, approximately 5% of all pregnancies in England were associated with a maternal body mass index (BMI) >35kgm2, with approximately 2% of pregnant women having a BMI >40kgm2.

In addition to increasing the risks of poor pregnancy and labour outcomes, antenatal obesity is associated with longer-term issues. Maternal obesity is associated with greater risk of metabolic and cardiovascular disease in the exposed child as she/he grows into adulthood.2 There is also longer-term risk for the mother and any future pregnancies, as excessive weight gain in pregnancy can be difficult to reverse. For this reason, there is now a strong focus on managing maternal weight and weight gain during pregnancy in order to minimise these risks. The US Institute of Medicine3 has published guidance on optimal ranges of weight gain during pregnancy (Table 1), which are based upon pre-pregnancy BMI. Thus, the guidance for obese women varies substantially to that for women of normal weight. The UK does not have any formal, evidence-based recommendations for healthy weight gain in pregnancy, although a guidance range of 10–12.5kg is included within Department of Health literature. However, the National Institute of Health and Clinical Excellence (NICE) guideline of 2010 recommends that health professionals carefully manage maternal weight. The emphasis of these guidelines is on weight loss prior to or after pregnancy.4 Weight loss is not advised during pregnancy because it may pose a risk to foetal development.
Table 1: US Institute of Medicine guidelines for weight gain in pregnancy

Having recognised maternal obesity and excessive weight gain in pregnancy as a problem, there is a clear need to take action. The antenatal period is often considered an ideal time for health education, as mothers are generally receptive to encouragement from health professionals to make lifestyle changes that could benefit the health of their babies. However, there is a significant history of intensive intervention programmes which have failed to deliver the expected outcomes. In Australia, the LIMIT trial5 used research staff based in public maternity hospitals to deliver a comprehensive diet and lifestyle intervention. The 1,108 women completing the programme did not, however, gain less weight in pregnancy, nor were pregnancy outcomes improved compared to women receiving standard antenatal care. The same disappointing outcome was reported from the UK UPBEAT study,6 where obese pregnant women completed a complex intervention to increase physical activity and reduce intake of saturated fat and foods with a high glycaemic load. The intervention was delivered by health trainers who set weekly SMART goals. The 773 women completing the intervention successfully improved their diet but failed to increase physical activity. The intervention did not impact on antenatal weight gain or occurrence of gestational diabetes and other complications.

LIMIT and UPBEAT were large randomised intervention trials that were carefully and robustly performed using fixed, standardised protocols. The latter may be a reason why they, and other similar trials, were unsuccessful. Capturing and making best use of pregnancy as a teachable moment may depend heavily on good interpersonal relationships being built between pregnant women and those responsible for the intervention, and upon those relationships being flexible and responsive to individual needs.

The Bumps and Beyond programme which ran in Lincoln from 2012 until 2016, was a community intervention rather than a randomised-controlled trial. It focused upon severely obese women (BMI>35kg/m2) to deliver a lifestyle change that focused on diet and physical activity. The intervention was designed to be delivered as eight sessions by a specialist healthy lifestyle midwife and three healthy lifestyle advisors, all of whom were trained and experienced in delivering behaviour change for weight loss and interventions for families. There was no rigid protocol or goal setting and, instead, the team tailored their sessions to the individual and encouraged small and achievable changes to diet and activity.7 This approach resulted in a marked reduction in weight gain between first and third trimesters, a 55% decrease in prevalence of post-partum haemorrhage and a 90% reduction in pre-eclampsia (Figure 2).

Figure 2: A client-centred approach to antenatal weight management. Women who attended the Bumps and Beyond sessions (n=158) gained less weight and had a lower prevalence of pre-eclampsia compared to women who did not (n=360). ** P<0.01.

Whilst Bumps and Beyond was extraordinarily successful in the region where it had been designed, rolling the same programme out to a markedly different population (more women from dense urban areas, more diverse ethnic mix, delivery by midwives, inclusion of women with BMI>30kg/m2) failed to replicate the outcome. This suggests that success is highly dependent on the setting, the nature of the carer-client relationship and the cultural background of the women. A very low uptake of the intervention in the diverse urban population was commonly associated with a refusal to accept that weight was a problem and the view that being overweight is ‘normal’. It is recognised that discussing obesity in a non-judgemental manner is a challenge for many health professionals.

To be successful in combating the adverse effects of obesity in pregnancy, we need a client-centred, informal, flexible and culturally-sensitive methodology. At present this approach is lacking in the majority of interventions to limit the impact of antenatal obesity8 and whilst most women are given no advice about weight, those who do, often receive advice that is brief and unpersonalised.9 If we are to make the most of the opportunities that routine contact with pregnant women provides, then a rethink of antenatal care may be required.