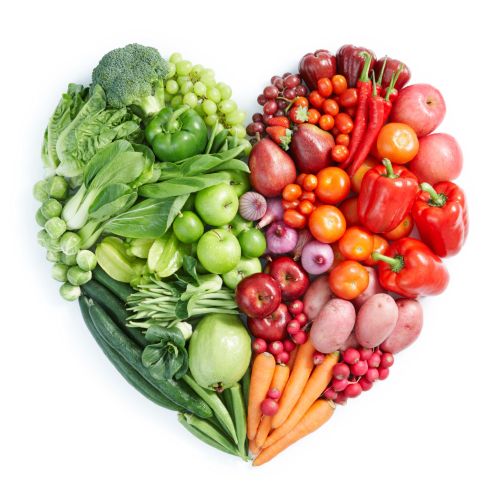 The positive relationship between consumption of fruit and vegetables and human health is very well established. Increasing intake of vegetables, in particular, reduces the risk of many types of cancer, partly through displacement of cancer-risk factors (e.g. meat) and maintenance of healthy weight, but also through the delivery of anti-cancer agents such as the isothiocyanates that I discussed in my Christmas blog about sprouts. In the light of these positive effects, the World Health Organization has set a minimum daily target of 400g of fruit and vegetables in the diet for all countries. In the UK, this has become the driver for the ‘5-a-day’ public health message. This sets the goal of consuming five 80g portions of fruit or vegetables, which can be in raw form, cooked from fresh, frozen or canned, and eaten either on their own, or as elements of more complex composite foods which use them as ingredients.

National and international awareness of the 5-a-day message is very high with many studies reporting that 80-95% of adults have at least heard of this public health campaign. However, although awareness is very good, the number of people who actually follow the advice is considerably lower and as a result national surveys have found low compliance. For example, in the UK the 2002 National Diet and Nutrition Survey reported that average consumption of fruit and vegetables was a meagre 2.8 portions per day, which had improved to 4.1 portions per day by 2012. The difference between knowledge and action in the population suggests that people struggle to understand the detail which underpins a simple message.

A recent paper by Rooney and colleagues (published in the Journal of Human Nutrition and Dietetics) identified some of the public uncertainties about the 5-a-day message. This qualitative research study found that the majority of participants (aged 19-55) were aware of the message, but there was considerable confusion about the specifics of how to follow the 5-a-day advice. Common misconceptions related to whether foods were included as fruits or vegetables, so for example, many people classed potatoes as a vegetable (although it isn’t part of the 5-a-day definition) and did not consider tomato-based sauces as counting as one of their portions. The greatest difficulty lay in determining whether composite foods (such as a stew) could be part of the 5-a-day if they contained vegetable or fruit components. Most participants would not count such foods as part of their daily fruit and vegetable intake.

The other major issue reported by the Rooney study was a lack of participants awareness of what constitutes a portion of fruit or vegetables. Fruit was considered easier as often we eat a whole apple, or whole pear, whilst for vegetables which undergo processing and are not consumed whole, judging portion size is more challenging. Again, where used in composite foods participants found it hard to define what a single portion would look like. Another area of uncertainty was uncovered, whereby some participants thought that 5-a-day meant five portions of fruit and five portions of vegetables.

This study has underlined the work of other authors in showing that the 5-a-day message has been incredibly successful in terms of reach within the population, but falls down in terms of influencing people’s behaviours. A lot more work is needed to educate the public about the specifics of the message and to take this apparently successful public health awareness campaign to the next level.